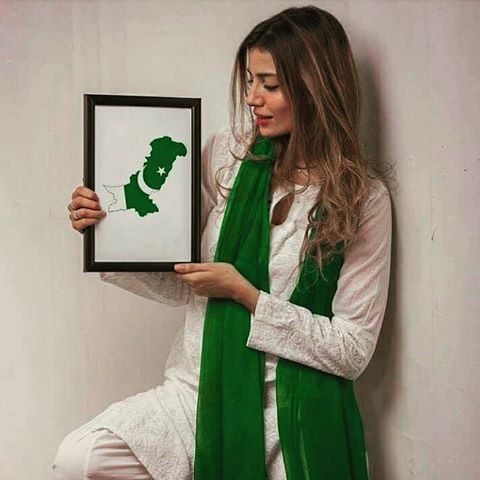 “If dope is what you want then you are going to the right place – hash and grass can be found just about everywhere.” Emerging of Pakistan as new global tourism player is being reported by Telegraph in 2019.

According to a report by English newspaper Telegraph, so said Lonely Planet of Pakistan in its first ever travel guide, Across Asia on the Cheap, published in 1973. Indeed, the country was once one of the highlights of the classic “hippie trail” or “overland” route from Europe to the Far East, a rite of passage for disillusioned Western youth. Peshawar and Lahore were considered not only safe – but also fine places to kick back for a few days in a budget hostel, drink Murree beer and sample the local pot. The book offered a tip on leaving the latter city: “You can get a magic bus from Lahore direct to Kabul – look for notices in the freak hangouts.”

Much has happened in the intervening half-century. A military coup in 1977 established a policy of Islamisation (get caught with drugs now and you’ll face a long stint in prison – or worse), before decades of political turmoil and terrorism removed Pakistan from the radars of all but the most intrepid travellers.

Ian Botham, the former England cricketer, once quipped that it was the sort of place you’d send your mother-in-law. Now, however, it could be on the brink of something special.

Imran Khan, Pakistan’s prime minister (and another former international cricketer), is committed to kickstarting tourism to help raise money for a welfare state.
His policy has so far extended to tweeting pictures of the country’s beaches and snow-capped mountains, hosting a two-day tourism summit last week, and, most significantly, cutting the red tape and entry requirements that have the potential to put off visitors.

As of this month, residents of five countries – the UK, China, Turkey, Malaysia and the UAE – can take advantage of a new online e-visa system, while most restrictions on movement within the country have been abolished.

Jane Westwood of Wild Frontiers, one of the few UK operators to offer tours of Pakistan (others include Hinterland and Exodus), welcomed the changes.
“The old visa system was very convoluted,” she said. “Both travellers and tour operators needed to file numerous supporting documents and the whole process took two weeks or more – now it can be wrapped up in a matter of hours. It is also significantly cheaper, from £134 down to the equivalent of $60 [£46].”
She also praised the loosening of the No Objection Certificate (NOC) system, under which travellers needed special permission to visit certain parts of Pakistan. These have been scrapped for all but a few border regions, opening up parts of Kashmir, Chitral and Gilgit-Baltistan.

“It’s a beautiful country, and one of the most welcoming,” said Westwood, who has visited twice. “The mountain scenery is staggering, and it’s perfect for trekking, but there are fascinating cities too.

Islamabad is leafy and green, with wide boulevards; Lahore has a remarkable Old City, gardens, museums and forts – a real combination of old and new. Then there’s the Kalasha Valleys, which have a unique pagan culture, with traditional lifestyles, dress and festivals.”

Westwood says that bookings for Pakistan tours have increased significantly during the past two or three years, an assertion that’s backed up by official tourism statistics.

In 2015, Pakistan welcomed 563,000 overseas arrivals. That figure grew to 965,000 in 2016, 1.6m in 2017 and 1.9m last year. Some of those will be expats of Pakistani heritage visiting friends and family, but it is suggestive of a destination finally about to live up to the oft-applied billing of “tourism’s next big thing”.

Pakistan’s draws – spectacular mountains, ancient civilisations and warm hospitality – aren’t in doubt, but there is the issue of safety.
A glance at the Foreign Office’s travel advice is hardly reassuring. It puts more than a dozen districts, including Peshawar and the aforementioned Kalasha Valleys, off-limits, while travellers are warned of the “high threat of terrorism, kidnap and sectarian violence throughout the country”. It adds: “Foreigners, in particular westerners, may be directly targeted. You should be vigilant, avoid all crowds, public events, political gatherings, religious processions and sporting events.”

Three of Wild Frontiers’ four Pakistan tours contravene Foreign Office advice but Westwood believes the official guidance “does not reflect the reality on the ground”. The company says it conducts regular risk assessments with independent security companies and local contacts and will exercise caution when necessary. Several tours were cancelled in 2013, for example, when a group of foreign climbers were attacked by militants at a mountain camp near Nanga Parbat in Gilgit–Baltistan.

Occasional incidents aside – a terror attack in Pulwama on February 14 increased tensions between India and Pakistan and saw the latter’s airspace briefly closed – there is no doubt the security situation has improved dramatically.

Last year both France and Portugal relaxed their advice on travel to Pakistan; the US suggests its citizens “reconsider travel” to the country, putting it on a par with the likes of Honduras, Sudan and Turkey, but one step below the “do not travel” advice for Iraq, Yemen, Iran and others.

Perhaps the best bellwether is the arrival of a British Airways plane. On June 2 the airline will restart flights from Heathrow to Islamabad, marking its first service to the country for a decade.

“The links between Britain and Pakistan are already extraordinary – from culture and cricket, to people, politics and education,” said Thomas Drew, the British High Commissioner to Pakistan, when the route was announced last December. “I see this launch as a vote of confidence in the future of those links – and, of course, a reflection of the great improvements in the security situation in Pakistan in recent years.”

The Lonely Planet’s dope smoking tips for Pakistan certainly recall a very different era, but much of the advice from its 1973 guide rings true today. It talks of spectacular Himalayan peaks, remarkable Mughal architecture – and friendly locals.

Its section on the country concludes thus: “Wandering through the Badshahi mosque in Lahore one evening we came upon a studious group of young Pakistanis. The Koran? No, Pitman’s shorthand. For the next half hour we slowly intoned ‘further to your letter of the 7th inst’ as practise for their imminent exams!”

Pakistan’s potential for growth in tourism is almost limitless. A vast nation of almost 200 million people, it attracted just 1.9m travellers last year. More people visited Chester Zoo. But votes of confidence from the likes of BA, along with Imran Khan’s efforts to promote tourism, could finally see Emerging of Pakistan as a global player.