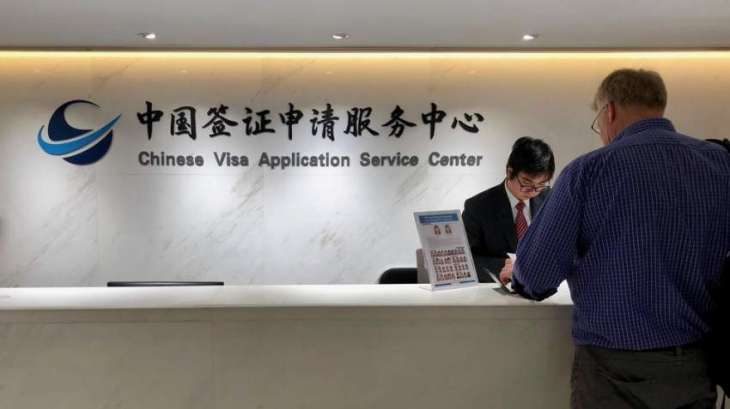 On the occasion,  Zhengwu said that inauguration of the visa center was a landmark step to bring ease to local people.

“Earlier, residents of Lahore had to travel all the way to Islamabad to apply for [Chinese] visa that cost commutation expense and mental agony. It is an enormous relief to the growing number of businessmen and others, particularly who hail from Lahore, which,” he said, “is the new hub of economic activity in Punjab.”

He said the plan to lay down visa facility was in pipeline for many months and finally it has been materialized in a befitting manner.

Clarifying the functions of visa center, Zhengwu said the center did not have any authority to issue visa, adding that its main operation will be to collect and forward the relevant documents to the Chinese embassy in Islamabad.

“China embassy will not operate the visa center in Lahore directly. It has outsourced it to a private company,” he clarified.

Those applicants who hold diplomatic or official passports, or who apply for Chinese diplomatic, official, courtesy or talent visas, may submit their applications directly to the embassy after filling up application forms online on the website without prior appointments.

The embassy said as per the arrangement of reciprocal exemption of visa fees between China and Pakistan, no consular fees is being charged from Pakistan citizens. The visa center will only charge service fees for Chinese visa applications.

Additionally, the center will charge visa application fees from the third country’s nationals, it added.

Approximately 4000 applications are received at Islamabad visa center on a monthly basis. Last month, the number went to 6000 because of the peak season for student visa application.