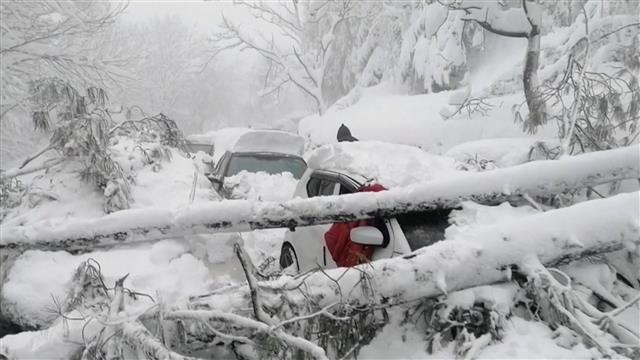 Murree also known as Kohsaar or the Queen of Hills is the northern most city and famous hill station of Punjab. Murree is among top10 favorite tourists destination and is being visited by millions of national/international tourists every year. It becomes more populous in winter and also challenging when the hills are covered with snow although in hot summers, it is also a top destination because of its pleasant weather.

Tragedy occurred in the snowy highlands Murree on 7-8 January 2022 which made headlines all over Pakistan. At least 22 tourists died because of being stranded in their cars due to severe blizzard and roadblocks. The heavy snowfall overnight wreaked havoc all around the city, clogging highways and trapping movement of traffic.

Due to the harsh cold and extreme weather conditions many people stranded in their vehicles and became victims to hypothermia, pneumonia or simply lack of oxygen (release of CO in cars), which is believed to be the main cause of deaths. Women and children were also among the 22 victims and news of this incident has caused concern for many regarding safety standards in Murree which has always been a popular tourist destination in Pakistan for both foreigners and natives.

More than 300 stranded people have been rescued during the rescue operations overseen by Pakistan Military and Law enforcements. The victims’ bodies were also retrieved and have been handed over to their families, as reported by ISPR. Those who had been rescued were given food and essential medical care.

Following the rescue effort, the Murree Express was reopened, and traffic began to flow ending the jam.

Murree had always established itself as a well-known tourist hill station, however this incident has revealed a lack in safety standards and concerned authorities will need to take appropriate action.

Many valuable lives have been lost in this incident and partial cause of this is the government’s incompetence in incorporating sufficient safety protocols.

Alongside promoting tourism in the nation, the federal and regional government should have appropriate plans for such circumstances and ensure that they do not occur.

“Shocked and upset at the tragic death of tourists on road to Murree,” Prime Minister Imran Khan stated in response to the event.

He also stated that he has ordered an investigation into the situation, as well as the implementation of strict restrictions to guarantee that similar disasters do not occur again.

Meanwhile, national leaders, top lawmakers, politicians, and members of the public went to social media to express their condolences and thoughts in the wake of the sad Murree event.

One thought on “The Tragic Incident of Murree by Rameen Gul”