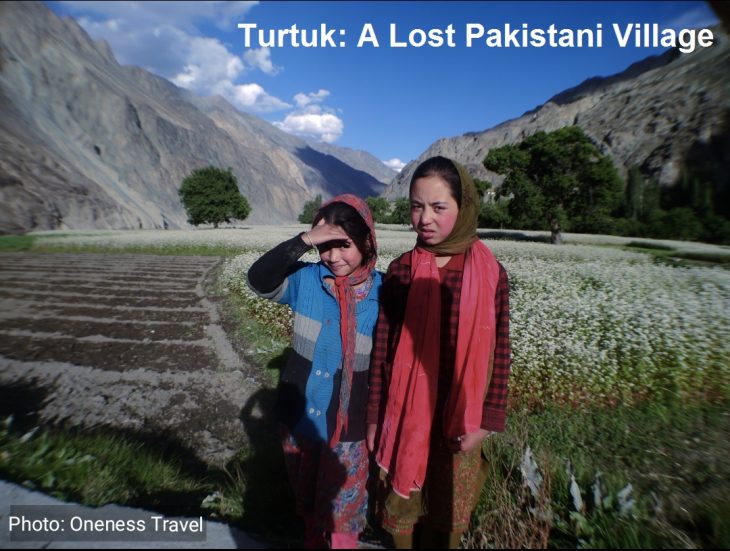 Turtuk village is one of the northernmost villages of sub-continent which was part of Pakistan but in the war of 1971, it was annexed to india by force. Currently, it is situated in the Leh district of Ladakh in the Nubra Tehsil.

Turtuk village was a part of Pakistan. But during the Indo-Pakistan war of 1971, the Indian army annexed the village by force. Thus, our night they went from being Pakistanis to being Indian. Since the Indian army annexed Turtuk they did not allow visitors to the village on the pretext of security. On the day of annexation, People who were out of their homes never returned to their loved ones because they got stuck in Pakistan for life. After the annexation of Turtuk, the Indian government issued Indian ID cards to the locals from which their motherland was taken away against their will. In 2010, India opened the village for visitors to explore the scenic and mesmerizing beauty of the village.

Some 300 families live in Turtuk and it’s just 10 km away from the Indian village called Thang. While the rest of Ladakh has a strong Buddhist and Tibetan influence, Turtuk has a Balti Islamic culture.

Balti ethnic people mostly live in the Skardu region of Baltistan which is a Muslim majority province of Pakistan. Turtuk is also a part of Baltistan and this region was once a gateway to the eminent Silk Road. Though India annexed Turtuk the dwellers of this village did not give up on Pakistani culture and traditions. They are still wearing the Pakistani “shalwar-kameez” et cetera.

Traveling to Turtuk village is full of hurdles. Turtuk is the very last northern village of India which is located in the Nubra valley of Ladakh, near the Line-of-Control (LoC).

While traveling to Turtuk, one has to face and travel through the mountain ranges of the Karakoram mountains on the banks of the Shyok river. The terrain to Turtuk consists of rocky cliffs, a dilapidated road that runs through the slopes of Leh.

A person called Yabgo Mohammad Khan Kacho claims to be a “king” of the former palace, his house, and a descendent of the Yabgo dynasty. He is still living in this former palace with his family. He has 7 children who work in different parts of India. He converted a part of his house, the palace, into a museum. According to him, the Yabgo dynasty ruled the Baltistan region for 2,000 years and the palace was constructed in the 15th century. However, some locals do not regard his claims as true.

Turtuk is very lush green in the summers but isolated in fall. People mostly stay at home in winter and enjoy each other’s company. The dwellers of Turtuk constructed their homes from the cliffs of Karakoram Mountains and the same rock stone has been used in the lanes and irrigation routes of the village as well. 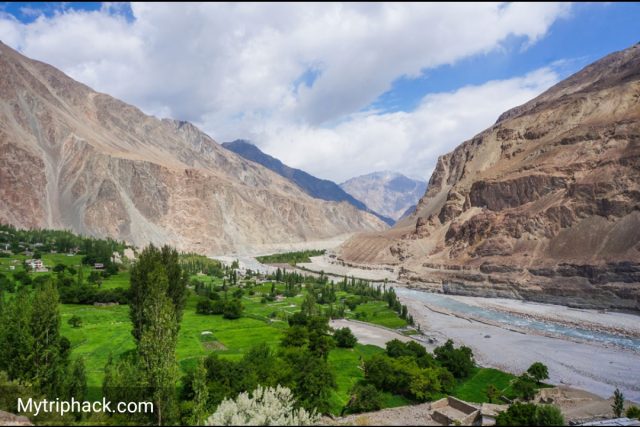 Turtuk has also annual sports activities such as polo and other cultural festivals. The village is at a height of 2900 meters from the sea level however Turtuk is at a lower altitude compared to other areas of Ladakh. Moreover, the locals are making the best use of their rocky ambiance. They build stone warehouses, which they use as a fridge to store food items.

Barley is the major crop of this region. During the summer months, agriculture is in its peak with a local variety of wheat which is very famous. Apricots and walnuts are one of Turtuk’s main exports to the other region of India and Turtuk is very famous for it. Throughout the year the fields are either full of harvested bales or sown crops.