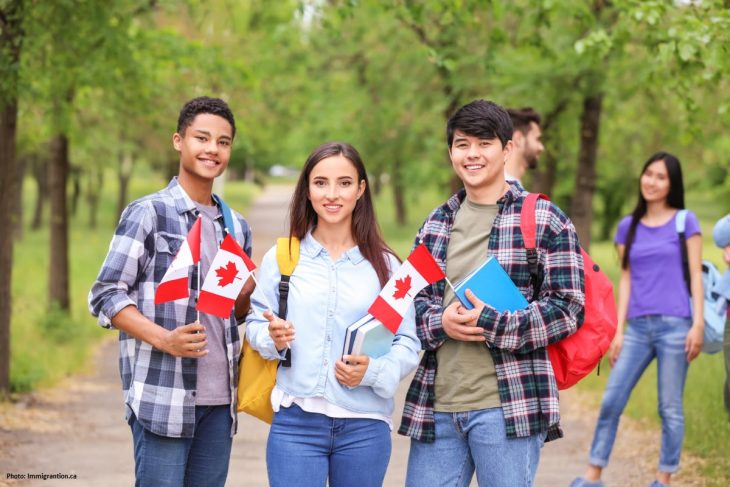 Pakistani students use to prefer Australia, the United Kingdom, the United States, Germany, and New Zealand, for their higher studies. However, the question arises, why not Canada? Due to some anonymous reasons, the Canadian study permit success ratio for Pakistan was meager as compared to India and China. Critics believe that owing to the security measures; it is extremely tough for certain countries such as Pakistan to clinch Canadian study permits even for qualified students as well.

On the contrary, only 3, 965 Pakistani students have got approved their study permits. Though the then Immigration minister of Canada, Ahmed Hussein, said that all visa applications are accessed case by case and he denied any discrimination on the bases of nationality, religion or language they speak. 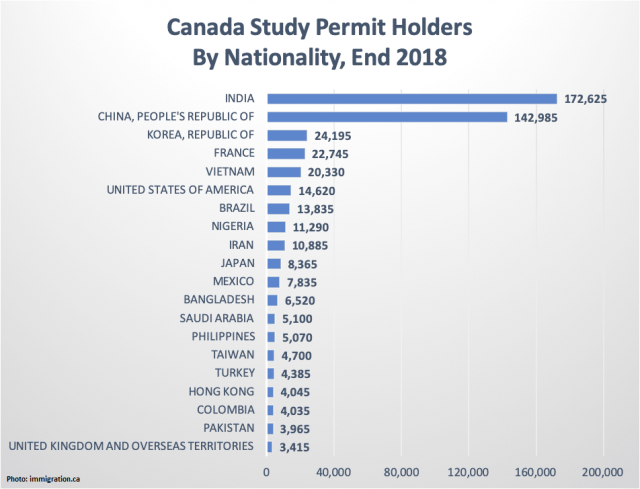 According to President of Canada-Pakistan cultural and trade association, Masroor Khan, they acquired data from the Canadian government through the right to information act regarding student visas to compare the Pakistani student visa approval and rejection rate with other countries, especially India.

It was quite shocking when they found that the Pakistani student visa approval rate is tantamount to the Indian student visa rejection rate. So, they start corresponding with the immigration ministry in hopes to improve to overturn the dire situation. After 2 years of correspondence with the different immigration authorities, finally, Canada included Pakistan in the Student Direct Stream (SDS) in 2019.

There were more cases of forged documentation from India, Nigeria, and other countries than Pakistan but still Indian students got the most study permits approved than any other nation every year.

According to him, another reason for the higher rejection rate is that Pakistani visa applications are processed in the embassy of Canada based in Abu-Dhabi. “The majority of employees working in the Canadian embassy in Abu-Dhabi are Indians and Afghanis, so the natural bias of these nations impacted our visa ratio drastically,” he noted.

Student Direct Stream (SDS) is a stream to facilitate foreign students which offer short, streamline and faster student visa processes. Pakistani students can benefit from such opportunities provided by the Canadian government.

Hopefully, the dire student visa situation for Pakistan will now improve. It’s now not impossible for Pakistani deserving students to embark on their higher studies at their dream Canadian University.

First of all, every student who is planning to apply for a Canadian study permit under the Student Direct Stream will be required to secure minimum 6.0 Bands each in IELTS (English Language Testing System), or score 7 in TEF (Test d’évaluation du français) for French, or have a degree from a Canadian high school.

Second, every student is required to pay a minimum of one year of their tuition fee to their Universities/colleges in advance.

Third, they need to purchase a GIC (Guaranteed Investment Certificate) of $10,000 CAD from a Canadian bank. Forth, every student visa applicant needs to complete an upfront medical examination. Fifth, they need to enroll in a Designated Learning Institute (DLI).

Canada is looking to expand and attract more students from different countries. According to the Canadian government official figures, overseas students bring $15.5 billion to their economy each year. Pakistani genuine and deserving student has a great opportunity to benefit from the new streamlined stream.

Similarly, Pakistan can become a very attractive market for Canadian Institutions to recruit students from. We request the high commission of Canada in Islamabad and the government of Canada to start processing our application in Islamabad instead of Abu-Dhabi.

One thought on “Student Direct Stream or SDS Student Visa Stream: How Pakistani Students can Benefit From?”