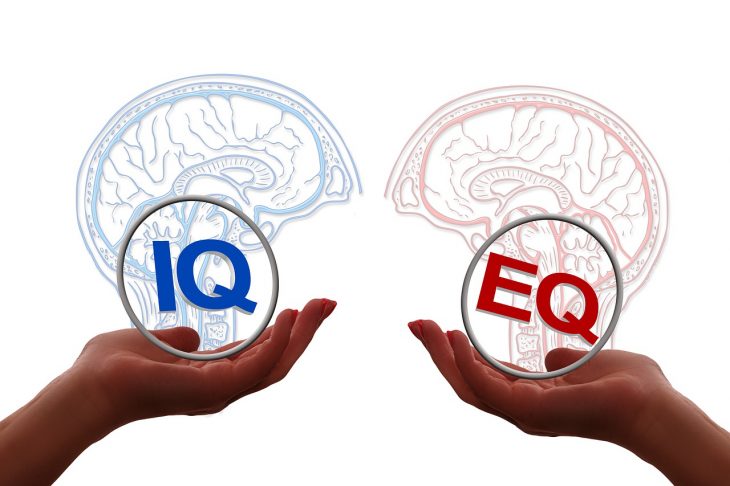 Emotional Intelligence is not new, in fact, it is mentioned a number of times in the Holy Quran, Old Testament, and New Testament.

Abu Hurairah (May Allah be pleased with him) reported:
Messenger of Allah (ﷺ) said, “The strong man is not one who is good at wrestling, but the strong man is one who controls himself in a fit of rage.” (Al-Bukhari and Muslim)
One of the many lessons that I learned from my Master was the importance of ‘Choosing’ one’s response and that successful people are those who choose their emotions, which is, the clinical definition of Emotional Intelligence.

To endure the pressure of modern working life, you need to turn into an expert in controlling yourself.

Success today relies to a great extent upon having solid degrees of emotional intelligence, or EQ. Strong EQ is what permits you to create solid connections with others as well as with yourself. Let’s take a look at some of the tested ways for you to become more emotionally intelligent.

Emotional Intelligence or EQ is the capacity to recognize and comprehend your own feelings, as well of others, and impact those feelings to further your potential benefit. An individual who’s good at “reading” individuals has high emotional intelligence.

The Prophet (ﷺ) said, “None of you will have faith till he wishes for his (Muslim) brother what he likes for himself.” (Sahih al-Bukhari Vol. 1, Book 2, Hadith 13)

The first is self-awareness, or the capacity to understand your behaviors and feelings.

The second is the management of oneself. It is about keeping yourself in circumstances in which you realize you’ll have the option to behave accurately.

The third is social awareness. When you realize how to deal with your behaviors and comprehend your feelings, you’ll know how to read the feelings of others. You’ll understand what makes individuals energized, angry, or sad, and you’ll have the ability to read body language.

The fourth and last component is relationship management. Understanding your behavior and the behavior of others around you empowers you to build stronger associations with notable individuals throughout your life.

How well do you know yourself?

You may recognize what kind of things you like or dislike, yet self-awareness is more than that. It’s about profoundly understanding your feelings, so you don’t become overpowered by them.

It’s critical to comprehend why you feel how you do, including when you’re furious or irritated. At the point when you wind up feeling terrible, simply remember that such feelings do pass.

Try not to dismiss your self-awareness on great days either. We often rush into things when we are excited. For instance, when there is 50 percent off at a store that you like, you run in and make purchases without considering what effect it will have on your expenses later on. Make sure to consistently consider what the results of your activities may be.

There are two things that you should consider when reading body language.

To begin with, watch an individual’s body language to get a feeling of what he’s feeling, and plan your reactions accordingly.

Start with a head-to-toe body language test. Check the eyes first, as they part with a great deal of passionate signs. Next, check the individual’s shoulders. Are they are slumped, or tight? Shoulders can communicate shyness or self-confidence. In the event that somebody is angry, do not bother him with questions – hold up until he’s feeling better.

Also, be certain to welcome an individual by their name. Doing so encourages you to appear to be trustworthy and warm. Individuals with high emotional intelligence for the most part don’t address others as “Sir” or “Mr.” Instead, they put forth an effort to learn people’s first names.

Addressing an individual by their first name will make your relationship with them much stronger.  As Dale Carnegie wrote “A person’s name is to him or her the sweetest and most important sound in any language.”

When you’re confronted with an intense choice, make an emotion versus reason list. It is a great tool to assist you in making choices, which is suggested in Emotional Intelligence 2.0.

Draw a table with two sections. The primary section is the place you record what your feelings are advising you to do; the other section is for what your logical thinking instructs you to do. This activity helps you balance each side and shields one from ruling the other.

Suppose you’re confronted with deciding whether to fire a worker. His work isn’t adequate, yet you like him a great deal as an individual. This is a great chance to make a feeling versus reason list.

One teacher continually battled to fulfill deadlines and chose to make an improvement. His self-management procedure: he told his colleagues he’d pay them $100 whenever he missed a deadline. Sure enough, he improved his behavior.

Concentrate on understanding and controlling your feelings and behaviors first, then strengthen your connections by focusing on the body language and addressing to individuals in a personal manner. Balance your emotions with judicious reasoning, and try constantly to improve yourself through feedback. At the point when you have high emotional intelligence, you don’t simply relate better to other people – you’ll oversee manage yourself better, as well.

One thought on “Understanding Emotional Intelligence”