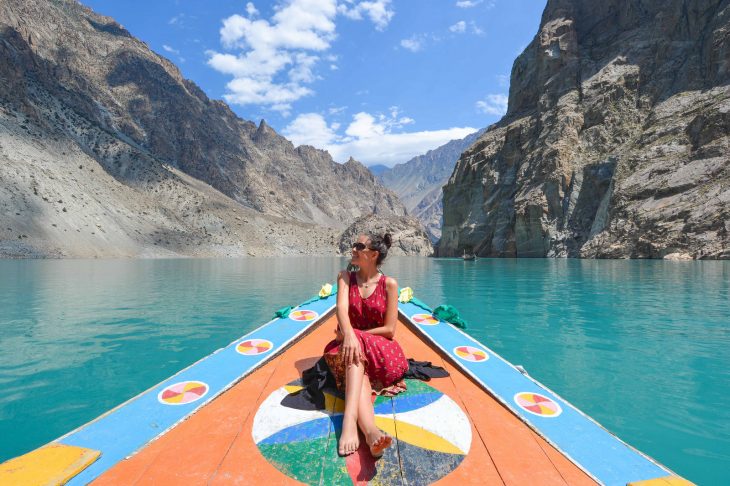 Saiful Muluk is a mountainous lake located at the northern end of the Kaghan Valley in Khyber-Pakhtunkhwa state of Pakistan.

Saiful Muluk is a mountainous lake located at the northern end of the Kaghan Valley, near the town of Naran in Mansehra District, Khyber-Pakhtunkhwa state of Pakistan. It feeds water to Kunhar river and exit at an elevation of 3,224 m (10,578 feet) above sea level, it is well above the tree line, and is one of the highest lakes in Pakistan. The lake is accessible from the nearby town of Naran during the summer season but access during winter is limited due to heavy snow fall and land sliding.

This lake was formed by glacial moraines that blocked the water of the stream passing through the valley. The Kaghan Valley was formed in the greater Pleistocene Period dating back almost 300,000 years when the area was covered with ice. Rising temperatures and receding glaciers left a large depression where glaciers once stood. Melting water collected into the lake.

A fairy tale called Saif-ul-Muluk, written by the Sufi poet Mian Muhammad Bakhsh, talks of the lake and tells the story of the prince of Persia named Shahzada Saif Ul Malook who fell in love with a fairy princess named Shehzadi Badri Jamala at the lake which make this lake an interesting mythical romantic lake in the Asia and its surround is becoming a hub for honeymoon tourism in Pakistan and is being visited by millions of local and international tourists every year.