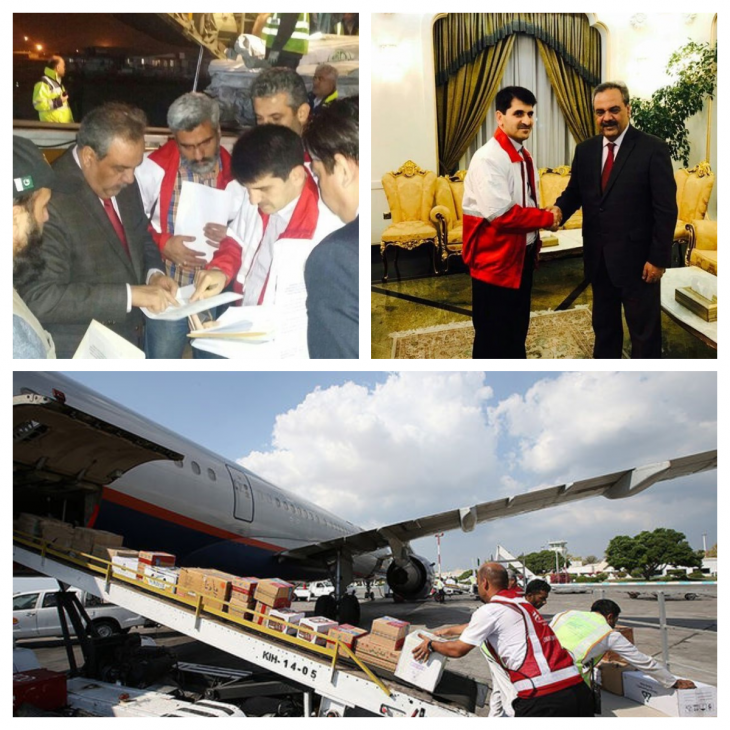 A 7.3-magnitude earthquake shook the western province of Kermanshah in Iran.

Pakistani ambassador to Iran Asif Ali Khan Durrani along with the staff of Red Crescent Society of the Islamic Republic of Iran received the aid. This is the first consignment of aid by any country to Iran, Pakistani officials said.

A Foreign Ministry statement said the relief assistance consists of the items identified by the Iranian side in accordance with the relief requirements in the earthquake affected area.

It said that the people and government of Pakistan are deeply grieved at the immense loss of lives and destruction caused to our Iranian brothers in the earthquake that jolted the bordering regions of Iran and Iraq.

Pakistani president and the prime minister had sent messages of solidarity with the Iranian people and offered all possible support by Pakistan in this hour of need.

“The two brotherly countries have a tradition of helping each other during the natural calamities. The people of Pakistan appreciate and remember Iran’s help to Pakistan in the aftermath of the earthquake in 2005 and floods in 2010,” the statement said.

A 7.3-magnitude earthquake shook the western province of Kermanshah and the regions bordering Iraq on Sunday night. The quake was felt in some neighboring states as well.

Based on the latest statistics, at least 436 people have been reported killed and around 10,000 in quake-stricken areas in Iran.