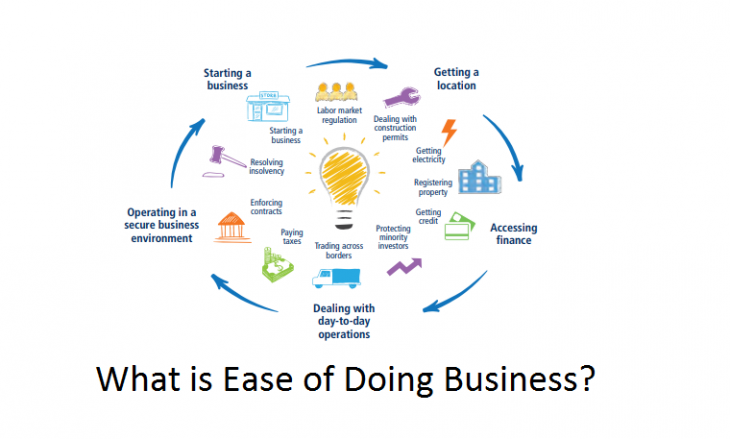 Pakistan has jumped up 28 places on the World Bank’s (WB) Ease of Doing Business 2020 Index and secured a place among the top 10 countries with the most improved business climate – a development that will greatly improve Islamabad’s image abroad.

Pakistan carried out six reforms that helped improving its ranking from 136 to 108, according to the WB’s annual flagship report, ‘Ease of Doing Business 2020’, released on Thursday. It turned out to be the sixth global reformer and first in South Asia that brought ease in doing business in the last one year.

Why Ease of Doing Business 2020 matters

The fewer are the regulations the better is the ranking on the index. The key to attain perfection is to cut the bureaucracy hindering business activities in the name of various regulations and procedures.

The WB monitors a country’s business related regulations on 10 benchmarks that are as broad as from starting a business, to getting electricity connection, securing construction permits, paying taxes, dispute resolution, business insolvency and protecting minority shareholders’ rights. All these areas are closely looked at by the global investors before they take decisions on making investment.

The report measures how close each economy is to the best global practices in business regulations.

On the measure of absolute progress towards best practices, Pakistan has improved the score to 61 from 55, suggesting the country did some remarkable work this time around and built on the reforms introduced in the previous year as well.

International investors consult the report and the Global Competitiveness Index of the World Economic Forum before taking decisions on investment plans.

While India remained top among South Asian nations, up 14 spots to 63, Pakistan also made a mark by climbing 28 positions and securing a place among the top 10 global business climate reformers and improving 28 positions in a year.

“This rise is significant and made possible by collective and coordinated actions of the federal government and provincial governments of Sindh and Punjab over the past year,” said the WB Country Director for Pakistan Illango Patchamuthu.

Champions in Ease of Doing Business 2020

The groundwork for bringing an improvement in the country’s ranking had been laid by former Board of Investment chairman Naeem Zamindar. Zamindar was replaced by Haroon Sharif but the core team working on reforms remained unchanged that helped in ensuring consistency.

“The real credit of the unprecedented jump in Pakistan’s ranking goes to seven persons,” said Adviser to Prime Minister on Commerce Razak Dawood on Thursday. He named chief secretaries of Sindh and Punjab, BOI Sindh chairman and Punjab planning secretary.

The other three persons who should be given credit are the BOI executive director general Fareena Mazhar, Zafran Qasim and Shahbano, the team that worked on improving the country’s ranking.

The WB country director also played a very proactive role in making Pakistani authorities realise the importance of the global rankings and provided support in implementation of reforms.

Pakistan developed an ambitious reform strategy, setting up a national secretariat as well as a prime minister’s reform steering committee to ensure progress,” the report stated.

The PPP government in Sindh and the PTI government in Punjab also played important role to make the unprecedented gains. In Punjab, the improvement was largely because of the work did by the last government of the PML-N that built land record database.

Pakistan’s performance report was based on surveys carried out in Lahore and Karachi, and the results are based on work done from November 2018 to May 2019.

Pakistan’s position could have been even better had the bureaucracy of the State Bank of Pakistan (SBP) and Ministry of Finance not blocked or delayed the issuance of rules and regulations related to two other critical areas.

Enforcing contracts and getting credit still remained weak areas for Pakistan despite Parliament enacting laws around three to four years ago. To improve rating on these pillars, Pakistan needs to set up dispute resolution bodies at district levels and maintain a registry of movable assets for securing loans.

The two above-cited institutions delayed implementation of these laws that led to the rejection of two more reforms. Pakistan’s ranking on enforcing contracts remained unchanged at 156 and dropped on getting credit by seven spots to 119. Similarly, on protecting minority rights, its ranking slipped by 2 points to 28 and dropped on resolving insolvency by 5 spots to 58.

“There are still a lot of areas where Pakistan needs improvement and we still have superfluous rules and procedures,” said Dawood while cherishing the country’s biggest gain on improving business climate.

The adviser said there is a need to bring Balochistan and Khyber Pakhtunkhwa provinces in the fold of the EODB aimed at bringing improvement there before attracting new investments.

Achievements of Pakistan in Ease of Doing Business 2020

Pakistan made biggest gain on the indicator of starting a business where its ranking improved by 58 spots to 72. The earlier ranking was 130. On the index of construction permits, the position improved from 116 to 112 –a big gain of 54 points within a year.

Karachi made obtaining a construction permit easier and faster by streamlining the approval process and also made construction safer by ensuring that building quality inspections take place regularly.

On the index of getting electricity, Pakistan improved its position by 44 points to 123 due to improvement in power supplies to households and businesses by Lahore and Karachi power distribution companies. The old ranking was 167.

Pakistan made getting electricity easier by enforcing service delivery time frames and by launching an online portal for new applications. Pakistan also increased the transparency of electricity tariff changes. This reform applies to both Karachi and Lahore.

On the index of paying taxes the ranking improved by 12 points to 161. But it was still the poorest ranking that Pakistan obtained on any indicator. Pakistan also made paying taxes easier by introducing online payment modules for value-added tax and corporate income tax, and less costly by reducing the corporate income tax rate. This reform applies to both Karachi and Lahore, read the report.

The corporate tax rate was cut by the PML-N government.

The country also got a jump of 31 positions on the rank of trading across border where its standing improved from 142 to 111. Pakistan made trading across borders easier by enhancing the integration of various agencies in the Web-Based One Customs (WEBOC) electronic system and coordinating joint physical inspections at the port. This reform applies to both Karachi and Lahore.”

Similarly, on the indicator of registering a property, the ranking was improved by 10 points to 151.

Pakistan (Karachi) made property registration faster by making it easier to execute and register a deed at the Office of the Sub-Registrar. Pakistan (Lahore) made registering property easier by increasing the transparency of the land administration system.

Improvement in index ranking is just one aspect of an overall business environment that does not fully guarantee the foreign investment. For that there is need for consistency in economic and taxation policies and economic political stability in Pakistan.

One thought on “Ease of Doing Business 2020 : Pakistan up 28 places on World Bank index”