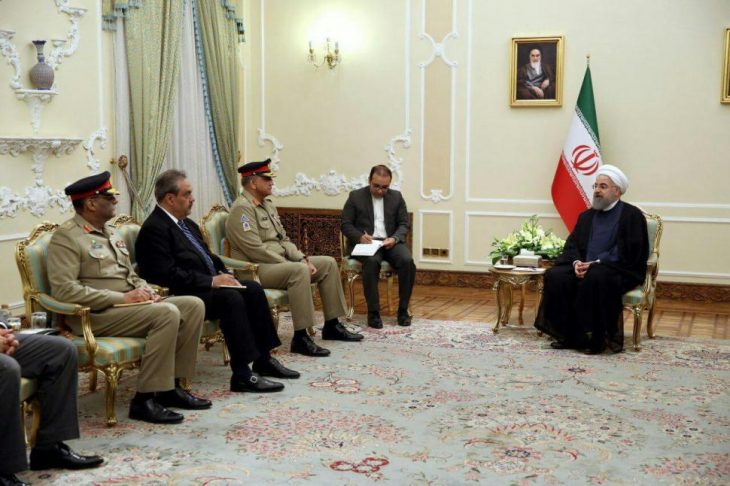 The Islamic Republic of Iran is determined to broaden brotherly and sincere relations with its neighbors such as Pakistan, and there is no doubt that such relations will win supports of both nations, President Rouhani said.

Expansion of cooperation between the two sides’ armed forces could be in various sectors such as training, joint military exercises, military industries as well as exchange of experiences, Rouhani said.

Terrorism, sectarian and ethnical differences are now regarded as two main problems in the world of Islam and role of some global powers in fanning the flames of such disputes is remarkable, he said.

Big powers are against unity and brotherhood between Muslims as they know that such relations will bring Muslims much closer and there is no doubt that these countries in the absence of global powers will be able to resolve their problems, Rouhani said.

Close cooperation between Iran and Pakistan can help prepare the grounds for more unity among Islamic states and it is quite evident that existing differences between Islamic countries can be resolved through dialogue, President Rouhani said.

Iran-Pakistan border should be introduced as border of friendship, development and tourism between the two nations and both sides should not let some terrorist groups to make these borders insecure, he added.