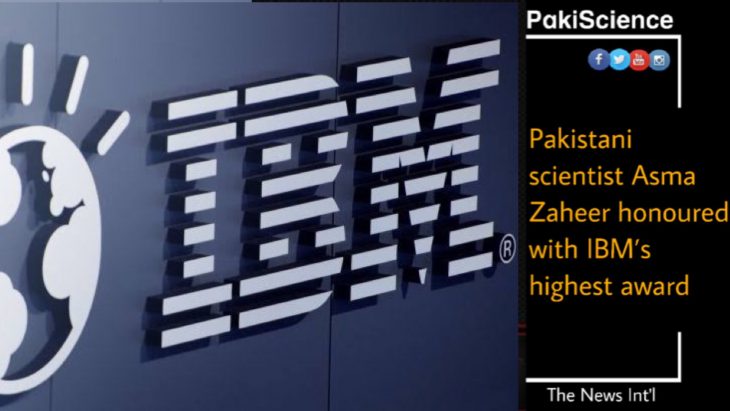 Pakistani computer scientist Asma Zaheer has been honoured with IBM’s highest prestigious award “ Best of IBM 2019 ”. Big Blue’s senior leaders landed on the Indonesian province Bali along with 1,000 “Best of IBM (BOI) Honorees” and their guests during this week.

These honorees have been instrumental in leading IBM’s return to growth. They also helped IBM positioning as the leader in Artificial Intelligence, Hybrid Cloud, Analytics and Cyber Security. The Best of IBM 2019 “winners” were selected from all business units and roles. It was meant for those IBMers who further the success of the company, clients and the world at large. Those who work tirelessly to drive business forward and in turn achieve tremendous results.

Ms Virginia Marie “Ginni” Rometty the current chairman, president, and CEO of IBM presided over the event and applauded the efforts of key performers. Asma completed her undergraduate in Computer Science form Punjab University and Masters from National University of Computer and Emerging Sciences (FAST), Lahore. She has been working with IBM Pakistan since 2013 and her role is IGNITE & Test Innovation Practice Leader for IBM’s Global Business Services, Client Innovation Centre (CIC). Asma’s core area of interest is analytics, cloud computing, and cognitive computing systems. This is a moment of pride for the whole nation that tech graduates of the country are really doing well in their respective fields and setting examples for the juniors as well as young graduates.

Indeed Asma Zaheer has won honor for her beloved country and is a pride of every Pakistani nowadays.

AI and tech in Pakistan

Pakistan is struggling in the IT and AI industry. The country having more than 5000 registered IT companies contribute only one percent to the global IT market. Pakistan has always had talent and capability in this area of development, Starting from the two Pakistani brothers who wrote the first MS-DOC virus “Brain” Basit Farooq Alvi and Amjad Farooq Alvi to the Pakistani-Canadian scientist Naweed Syed who is attempting to connect human brain with a silicon chip.