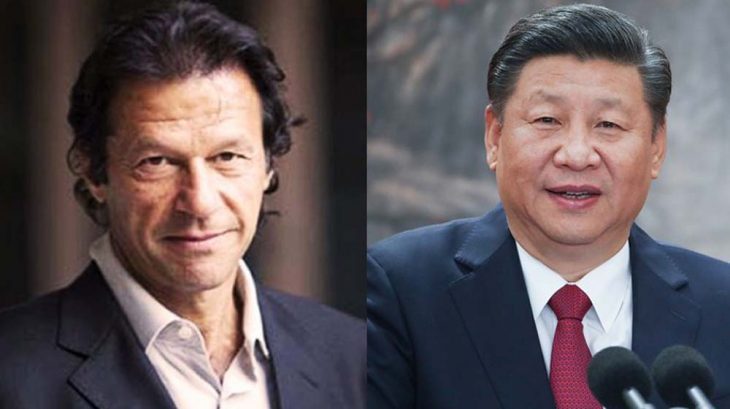 In Pakistan, it’s a precedent, when a new prime minister took an oath, his primarily official visit would be China. Pakistan foreign policy revolves around China, because of diplomatic, military and strategic interest of both Pakistan and China .

After celebrating 70 years of, all time tested friendship, both countries decides to take this mutual interest into strategic interest. For that, Chinese President Xi Jinping in April 2015, visited Pakistan signed an agreements worth of 46 billion dollar, now exceed 64 billion dollar, under the Belt and Road initiative (BRI). China- Pakistan Economic Corridor is a reflection of iron friendship of both countries, a new alignment to connect the continents of Asia, Africa and Europe.

Pakistan and China enjoyed cordial relations right after the establishment of China. And arrangements between both countries is need of hour to secure the regional economic and security interest. China in a row to become an economic power. Premier of the state council of China’s visit Pakistan, invite Prime Minister Imran Khan to visit Beijing to further strength the economic and strategic partnership. A joint communique after long series of meetings, entitle as, “Strengthening Pakistan and China All Weather Strategic Cooperative Partnership” broadly cover all domains and dimensions of relations between both states.

The recent visit of China is more important for Pakistan perspective, due to the economic situation, trade imbalance, unbalance of payments and huge current account deficits. The purpose of visit to review the Free Trade Agreement with China to facilities Pakistani investor. China helped Pakistan in economic sector to boost its reserves and make sure certainty in economy because its affects CPEC projects. According to the joint statement “new era of principles set by the Treaty of Friendship, Cooperation and Good-neighborly Relations between Pakistan and China signed in 2005”.

The core points include in joint statements:

In addition, the well explained and comprehensive joint statement reflects both sides commitment to pursue not only bilateral relations, but to overlook all regional issues, regarding security, defense and Peace process in Afghanistan. In a security domain both sides “expressed determination to safeguard the CPEC projects from all threats”. Enhancing cooperation to all sectors, especially “Socio economic development, Job creation, and livelihoods and accelerating cooperation in industrial parks, developments and agricultural”.

Well, both countries enjoyed friendly relations, but after signing “China Pakistan Economic Corridor” this partnership shifted into strategic interest. China increasing involvement into regional politics, balancing the regional hegemony among all state holders. Iran, India, Pakistan and China major countries in this region with higher interest in this region.