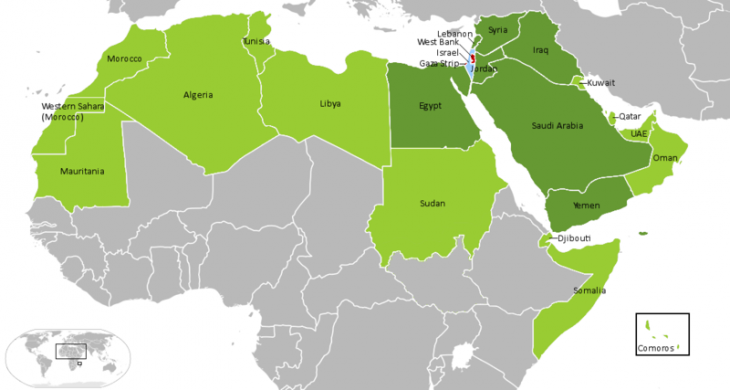 Peace was an uncommon phrase in the introduction of Arab-Israel relationships since decades. Many Arab states were on a single page unitedly in their hostility and enmity towards Israel extending their support for Palestinian cause.

In the recent years, we have seen changing scenarios of these political equations. The mainstream grudge of Arab countries with Israel has witnessed a quiet rapprochement as conversations have taken place on common issues and alliances.

Among these engagements and dramatic conversations, the recent ties between Arab and Israel was the most discussed demonstration of these dynamically changing equations.

While the condition of Israel-Palestine quarrel has worsened this year, alliances have been made on common grounds between Arab gulf countries, specifically the UAE, Saudi Arabia, and Bahrain with Israel. Let us take a brief look into the key points behind these ties:

• Iran’s influence in the region:

The Arab gulf countries and Israel has made common reservations against Iran’s influence in the region, and its impact. Table talks for strategizing policies to over power Iran’s rule has been made as well.

All these countries have found great interest in mutual trade and exchange of technical goods and services, which has played a major role in these close ties.

This factor has also taken an edge in the clear maintenance of relationships between Arab gulf countries and Israel leaving a questionable impact on the world politics.

• Leadership with a new mindset:

With the passage of time, new leaders have taken the stage and their different visions, ideologies and mindsets have clearly impacted the ties.

The Arab countries have always shown support towards the Palestinian cause, but they have started maintaining cordial relationships of economic connections, arm trade, collaborative approach towards technical exchange and other common ventures. These ties have greatly impacted the regional scenarios and Palestinian concern has been increased in the mindsets of other Muslim countries.

As the UAE and Israel signed a preliminary agreement to normalize diplomatic political relations, the countries came out with speculations and questions of how this bonding will be impactful over the world, will it cause war among the countries and will it bring challenges for Arab countries and its relationship with Israel opposing states.

It can be said that this agreement will change the dynamics of Israeli-Palestine equation and their conflict will be sorted sooner or later but it totally depends on the role of the other countries, their decision of acceptance of Israel and policies towards it. What one can be sure about is, the Arab-Israel growing ties will surely affect the world politics and peace but let us hope for a better and peaceful engagement causing betterment to Palestine and to the entire world.