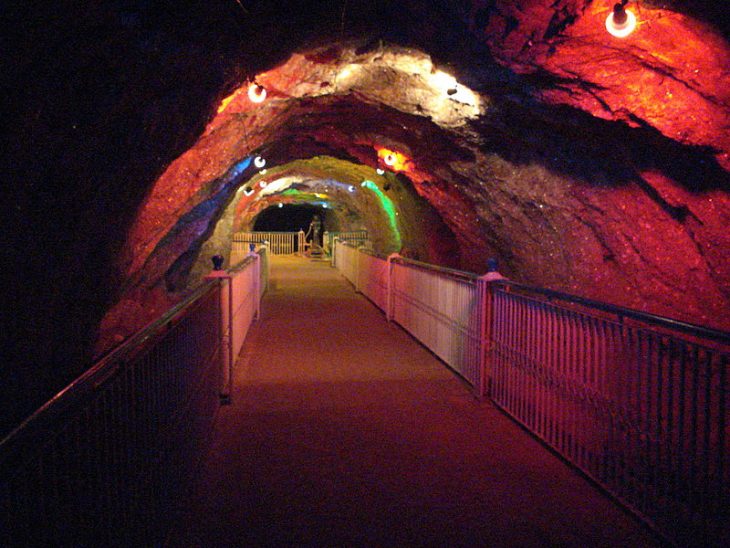 The Khewra Salt Mine is a part of a salt range that originated about 800 million years ago.

The Khewra Salt Mine (or Mayo Salt Mine) is located in Khewra, north of Pind Dadan Khan, an administrative subdivision of Jhelum District, Punjab Region, Pakistan, which rises from the Indo-Gangetic Plain. The mine is a part of a salt range that originated about 800 million years ago, when evaporation of a shallow sea followed by geological movement formed a salt range that stretched for about 300 kilometers (185 miles). It is Pakistan’s largest and oldest salt mine and the world’s second largest. It is a major tourist attraction, drawing up to 250,000 visitors a year.

Its history dates back to its discovery by Alexander’s troops in 320 BC, but it started trading in the Mughal era.[8] The main tunnel at ground level was developed by Dr. H. Warth, a mining engineer, in 1872 during British rule. After independence, the Pakistan Mineral Development Corporation took over the mine, which still remains the largest source of salt in the country, producing more than 350,000 tons per annum[9] of about 99% pure halite. Estimates of the reserves of salt in the mine vary from 82 million tons to 600 million tons