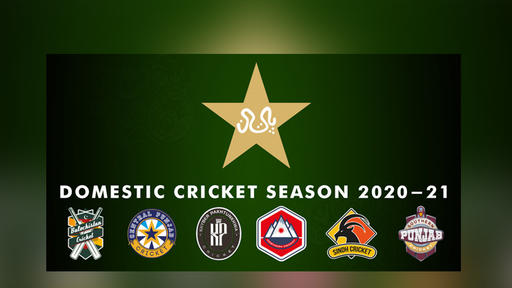 LAHORE, Oct 24 (APP): The successful delivery of the revamped 2019-20 domestic cricket season, which, as promised, proved to be quality-based, has helped the Pakistan Cricket Board to attract major local sponsors for the 2020-21 competitions to promote domestic cricket.

Three major household brands – Continental Biscuits, Tapal Tea and Unilever – have agreed to extend their support for the four-day first-class Quaid-e-Azam Trophy after partnering with the PCB for the National T20 Cup, which was held in Multan and Rawalpindi from 30 September to 18 October.

Out of the three, Tapal has confirmed its partnership for the Pakistan Cup One-Day Tournament, which will be played after the Quaid-e-Azam Trophy from 8-31 January in Karachi, while discussions with other potential partners for the premier domestic one-day tournament are ongoing.

With the PCB commercial team already in discussions with potential partners for title sponsorships of the Quaid-e-Azam Trophy and the Pakistan Cup, the three agreements have already helped the board to increase the sponsorship revenues by 55 per cent from last year, which were sold through a third party.

Considering the fact that the Covid-19 pandemic has affected the major brands’ involvement in event sponsorships, the numbers achieved by the PCB commercial team are a clear indication of their proactive and aggressive approach, as well as their craftsmanship to successfully leverage the quality domestic cricket that resulted in unprecedented fan-engagement and coverage on traditional and new media.

The announcement of Continental Biscuits, Tapal Tea and Unilever coming on board has come after the PCB in September had signed a $200million agreement with PTV Sports and I-Media Communications Services to broadcast Pakistan’s domestic cricket for the next three years.

PCB Chairman Ehsan Mani said here on Saturday : “I welcome Continental Biscuits, Tapal Tea and Unilever as Pakistan domestic 2020-21 commercial partners and thank them for sponsoring our events. Commercial partners are the lifeblood of any sport as without their generous contribution and support, the game or events can neither survive nor thrive.

“We all know it has been a difficult period across the global to find credible sponsors, but I am pleased that the PCB’s commercial team has not only come to an agreement with three popular and highly-reputed household brands, but have also increased the sponsorship revenues by 55 per cent from last year.

“I am aware that discussions with other potential commercial partners are in advance stages and I expect our commercial team to conclude further deals in the near future.

“These sponsorship agreements are a further endorsement of our quality-based domestic cricket that has convinced our commercial partners seeing the benefits of sponsoring them.” Babar Hamid, PCB Director – Commercial said : “I am delighted that we have been able to increase our sponsorship revenues by 55 per cent during these difficult Covid-19 times.

While I thank the commercial partners for seeing the value in partnering with us, I must credit my team for the success.

They have worked extremely hard to convince these valued partners to come on board. “I can assure all cricket fans and supporters that we are on track to get a few more commercial partnerships, which will further contribute in providing financial strength to the PCB.”