Out of half of a million Indians who fought as soldiers for the British Raj, more than 40% were Muslims. During WWI, many Indian soldiers were sent to fight the Central Powers, However, many Muslim soldiers refused to fight against their Ottoman Muslim brothers and even deserted their positions to fight against the Turks. Jemadar Mir Mast Khan Afridi was one among them.

In the early days of WWI, the government of British Raj was extremely annoyed by the mutinous behaviors of Pashtun soldiers belongs to the frontier region – today erstwhile FATA region of Pakistan – serving in the British Raj regiments. The Pashtun soldiers namely Afridis (i.e. Jemadar Mir Mast Khan Afridi), Mohmmands, Mahsuds, and Jowakis (a sub-tribe of Adam khel Afridis) refused to fight against the Muslim Ottoman soldiers and deserted the British Raj army.

Moreover, from March 1915 to July 1915 alone, more than 700 Pashtun soldiers deserted in Tirah, a town in erstwhile FATA region of Pakistan, and the number was kept growing.

Jemadar Mir Mast Khan Afridi from the 58th Frontier Force (Vaughan Rifles) was one of the very famous desertions. Mir Mast’s regiment was sent to France as part of the Indian Infantry Corps in the Ypres Sector to fight the Central Powers. Mir Mast with other 14 Pashtun sepoys (Soldiers) crossed over to the German lines in March 1915.

According to other contemporary German sources quoted by Hopp, there were altogether two groups consist of 23 Afridi Pashtuns soldiers commanded by Jemadar Mir Mast Khan Afridi refused to fight against their fellow Muslim Ottoman soldiers and crossed over to the German lines on 2 and 3 March 1915. The Germens shipped him to Istanbul to meet the Grand Mufti.

Jemadar Mir Mast Khan Afridi was politically well aware as compared to many from the well-educated class of Aligarh University and graduates of London Universities. He was a staunch supporter of the Ottoman caliphate.

Jemadar Mir Mast Khan Afridi hugely contributed to the Jihad movement in Tribal areas (today erstwhile FATA region of Pakistan) fought against the British Raj. He even made contacts with Haji Sahib of Turangzai who was fighting against the Imperial British power in nearby then Mohmand Agency area. 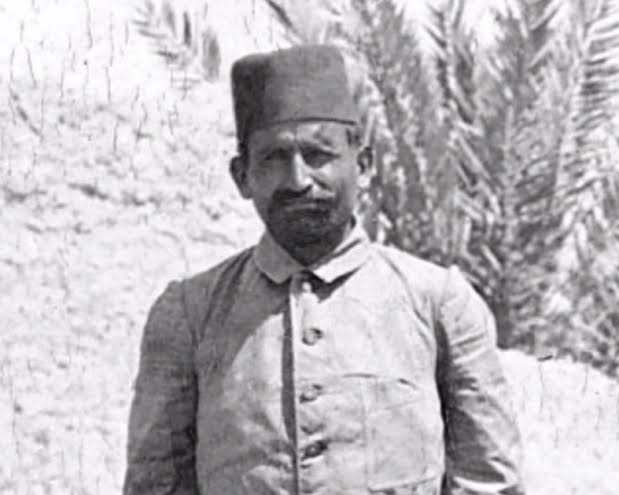 Jemadar Mir Mast Khan Afridi recruited a thousand soldiers from the tribal area to fight for the Ottoman army.

For his extraordinary bravery on the battlefield, German Kaiser Willhelm II awarded him with the highest German gallantry award the ‘Iron Cross’.

His trench notebook is still preserved in the National Archives of Delhi.

After the Great War, he returned back home to the Tirah valley of Khyber Agency, today erstwhile FATA region of Pakistan. Then chief commissioner of that area, Sir George Roos-Keppel, tried tooth and nail to corner the loin of Khyber (Mir Mast Afridi) but he miserably failed.