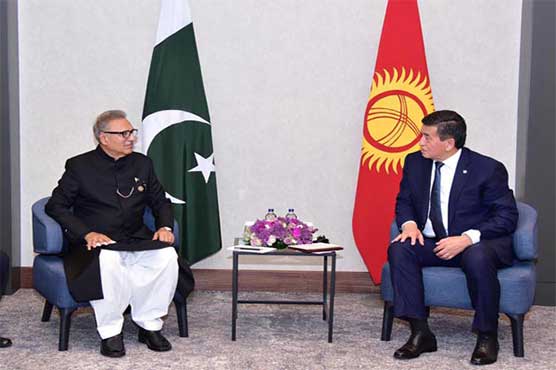 After the collapse of the USSR, Kyrgyzstan gained its independence in 1991 and a new era of Pakistan-Kyrgyzstan Relations started. Pakistan immediately recognized Kyrgyzstan on the 20th of December 1991. Subsequently, formal diplomatic relations were established on 10th May 1992.

In August 1995, the Ambassadorial level Diplomatic Mission of Pakistan was established in Kyrgyzstan’s capital, Bishkek. Moreover, Pakistan and Kyrgyzstan also inked a Bilateral Investment Treaty (BIT) in the same year.

The Muslims of sub-continent and Central Asia have long deep and historical ties with each other. The cultural, religious and economic ties between people of Kyrgyzstan and Pakistan dates centuries back. Zahir-Uddin Babur – the creator of the Moghul Empire and dynasty – born in a valley called Fergana.

The Fergana valley is shared by Uzbekistan, Tajikistan and Kyrgyzstan. Babur’s mosque has still persevered which is located on the Suleiman Mountain in the city of Osh, Kyrgyzstan. The site is a very popular tourist attraction.

Pakistan and Kyrgyzstan collaborate and cooperate with each other in several ways to strengthen economic and trade ties. One such example is the establishment of the State Bank of Pakistan branch in Kyrgyzstan’s capital, Bishkek.

Furthermore, Pakistan-Kyrgyzstan relations have much improved as both support and collaborate with each other in various international platforms such as OIC, UN, ECO, SCO and others.

On the sidelines of the SCO convention held in Kyrgyzstan’s capital Bishkek in June 2019, both brotherly countries concurred to boost its bilateral trade to $10 million.

Despite the frequent high-level active interactions with each other, the volume of trade is extremely low. The incumbent trade volume is not at par with the trade potential of the two brotherly nations. The trade volume is just $4 million right now. Since the inception of Pak-Kyrgyz relations, both countries inked more than 35 MoUs and joint documents.

However, Afghanistan backed off from the agreement by saying that they no longer have a shortage of energy, therefore, upon the completion of the project Pakistan will now receive 1300 megawatt. The groundbreaking ceremony of the project was held in 2016 and it is expected to be completed in 2023.

Military relations of Pakistan-Kyrgyzstan are also in greater progress as Kyrgyzstan has shown great interest in military and security cooperation with Pakistan.

They are keen to send their military officers and personnel to Pakistan for training, especially in the field of counterterrorism, English language and peacekeeping activities.

Pakistan-Kyrgyzstan have great potential for trade. The China-Pakistan Economic Corridor (CPEC) is a great opportunity for the Central Asian states to import and export goods via Pakistani warm water seaports. Kyrgyzstan is an important member of the Quadrilateral Traffic in Transit Agreement (QTTA). QTTA is specifically aimed at giving access to the central Asian states and China to Pakistani warm water ports.

To strengthen bilateral relations, both countries need to take more initiatives in the field of tourism, trade, people-to-people contacts, educational exchanges, building rail and road routes, defense cooperation, and cultural exchanges. If Europe can connect the entire continent through rail, roads, and air routes, why can’t we connect central Asia to South Asia or South Asia to East Asia or entire Asia?