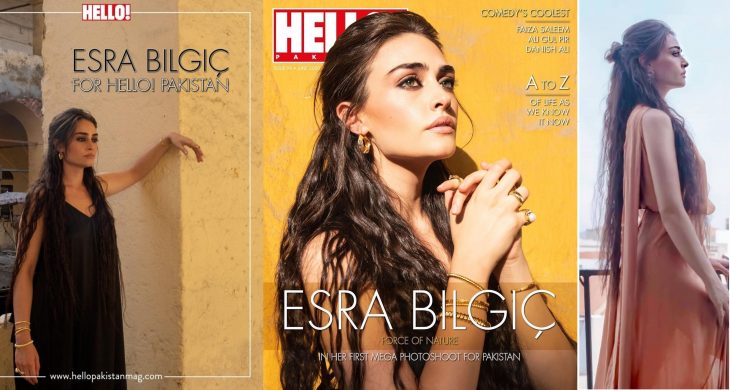 The acclaimed and popular Turkish star, Esra Bilgic, who plays Halima Sultan in the Ertugrul series, appeared on a Pakistani magazine cover. She became a household name in Pakistan after the airing of the famous and mesmerizing Turkish series, Ertugrul, by Pakistan’s state TV (PTV).

Esra took to Instagram sharing her photos from the exclusive photo-shoot and wrote: “Hello! Pakistan June digital issue is out and I’m on the cover! Thank you to my all team.”

Resurrection Ertugrul or Ertugrul Ghazi breaks records of popularity in Pakistan since it has been dubbed in Urdu and aired on Pakistan’s state Television (PTV). Millions of Pakistani fans used YouTube and watched the series.

The magazine also wrote that this is the first time in the history of Pakistan-Turkey relations that a Turkish star collaborated with a Pakistani magazine.

The magazine added, “Esra Bilgiç wins hearts and minds on the cover of HELLO! Pakistan this June 2020.

Pakistan’s favourite Turkish star took out time for her Pakistani fans to do an exclusive photoshoot for HELLO! following all Covid-19 protocols this month.”

Here are some photos from the exclusive photo-shoot: 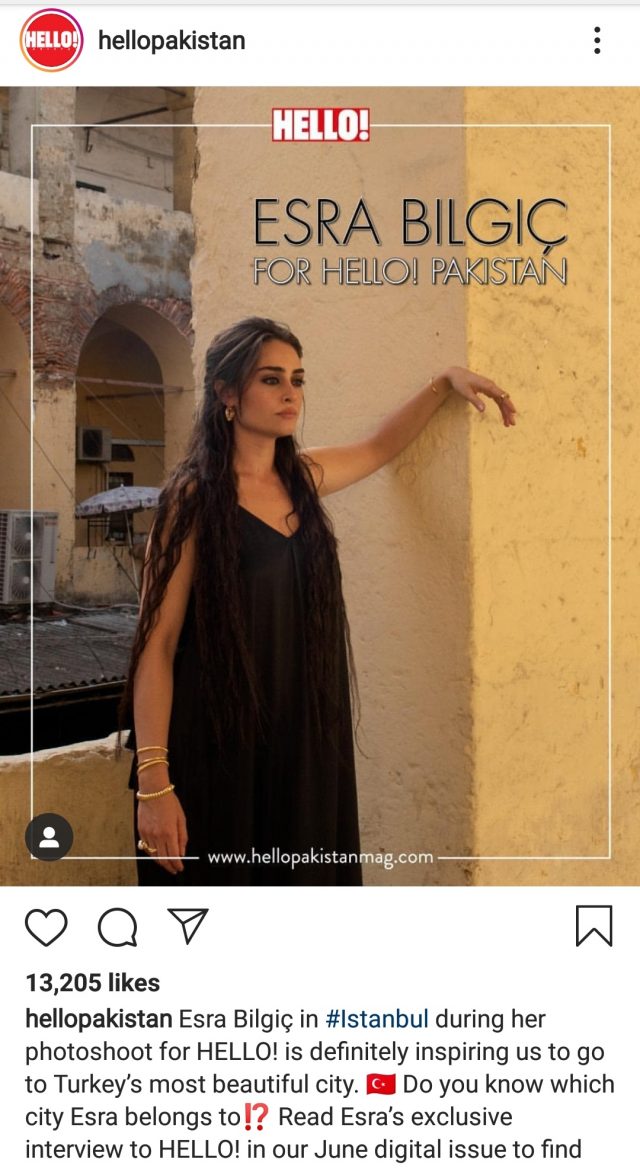 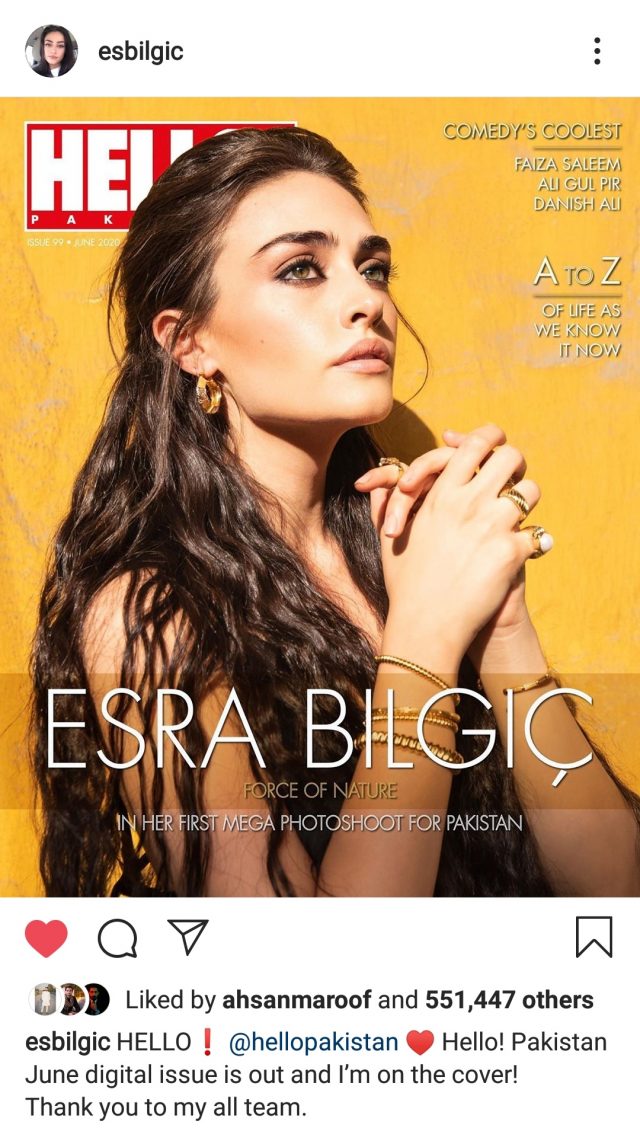