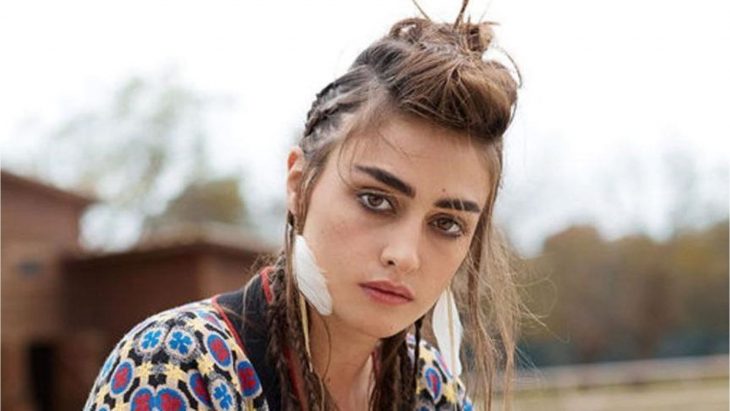 Esra Bilgic of Ertugrul ; a favorite face of Ertugral TV series known as Halima Sultan expressed her hopes that she would soon visit Pakistan, a beautiful country, she tweeted. “Dirilis: Ertugrul” or “Resurrection Ertugrul” took Pakistan by storm since it has been aired on Pakistan’s state TV (PTV) on the behest of Pakistan’s Prime Minister, Imran Khan.

Since PTV aired the eminent Ertugrul drama, Esra Bilgic, received lots of love from her new Pakistani fans and Esra continues to return the love to her Pakistani fans.

On Friday, Esra Bilgic of Ertugrul who plays Halima Sultan in the eminent Turkish TV series tweeted a video dedicated to frontline workers fighting the COVID-19 pandemic. “To all my friends and fans from my country and #Pakistan, a beautiful message from a beautiful country. Let’s share this with all frontline workers we know!” she captioned the video.

Gulsim Ali, another star and sensation of Ertugrul who plays the role of Aslihan Hatun also expressed her hoped to visit Pakistan soon. “Hello, Pakistani fans! How thoughtful of you! Thanks a million for your supporting messages and kind comments. Your precious compliments make me very happy,” She continued, adding that, “I’ve never been in Pakistan before but I hope one day I’ll be there to meet with you after this pandemic period. Till that day take good care of yourselves. Stay in peace and health. Wish you all the best from #Turkey, #Istanbul and Last but not least “Pakistan Pakistan, cive #Pakistan”

In a video message, lead Ertugrul star Engin Altan Düzyatan (Ertugrul Ghazi) wished Eid to his Pakistani fans. He said: “I cannot thank you enough for the unimaginable love and incredible response you are giving to Ertugrul Ghazi Urdu by PTV. And I also would like to thank PTV for bringing Ertugrul Ghazi to your home.”