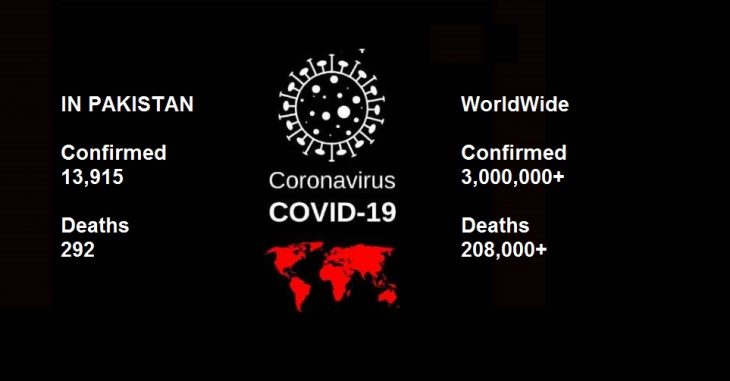 Coronavirus Pandemic 2019-2020 has shaken the whole world as more than 200,000 peoples have lost their lives whereas the Pakistan is having the lowest coronavirus mortality rate in the world of 1 deaths/1 million people.

Pakistan, is a country with interesting fact and realities that world had ignored always and underestimated this nation. Pakistan being a federal parliamentarian republic, may have many internal problems among its states, ethnics, pressure groups, political and religious parties but whenever this nation found an external enemy or any natural disaster like viral epidemics or huge flood etc, the whole nation is found united and in complete harmony which is not possible to find out in the world.

This harmony and national unity is the power that youth of this country has presented to the world with their advancement in all the basic technologies required to make their nation stronger and these youths wherever they live in the world, their hearts are in Pakistani land.

Pakistan is the fifth largest country based on the population in the world having about 215 million populations but this country is having the lowest mortality rate of the coronavirus pandemic 2019-2020 which has shaken the whole world and global economy with more than 3 million confirmed cases all over the world from its first outbreak in December 2019.

The Coronavirus pandemic 2019-2020 in about the half year of its emerging, has infected about 3 million people around the world and more than 200K+ peoples have lost their lives while battling the covid19. If we see the countries performance based on the total deaths / million people, the global average is about 27 deaths/1 million population.

The western world, especially the western Europe was in fact the epicenter of this deadly virus, and has the world highest mortality rate.

Note: All data has been taken from the https://www.worldometers.info/ and all text is author’s personal analysis only.

One thought on “Coronavirus Pandemic 2019-2020 : Pakistan is having the lowest coronavirus mortality rate”