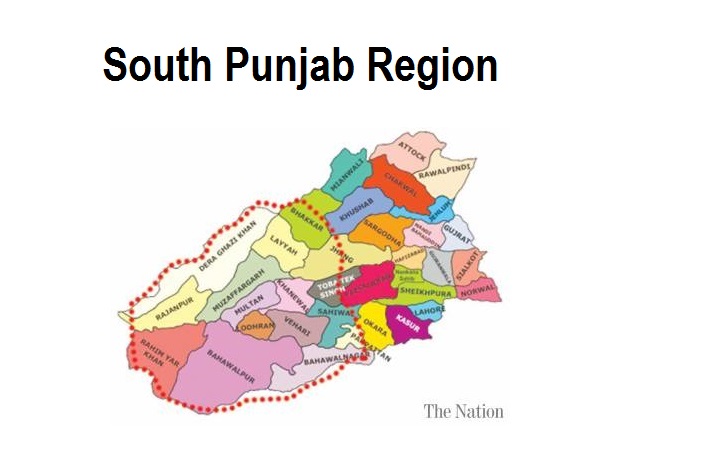 Islamabad (DAWN): Minister for Foreign Affairs Shah Mahmood Qureshi on Wednesday said that a bill will be tabled in the National Assembly for the creation of the South Punjab province very soon.

Addressing the media after a high-level meeting, Qureshi said that Prime Minister Imran Khan has taken the decision to move forward with the process of creation of the South Punjab province.

“This is in line with PTI’s manifesto,” Qureshi said.

According to Qureshi, Punjab Chief Minister Usman Buzdar, some federal and provincial ministers from South Punjab, the Punjab chief secretary and inspector general of police were present in the meeting.

“It has been decided that a bill will be presented in the National Assembly in order to turn the South Punjab region into a South Punjab province .

Input and consensus will be sought from other parties on the matter,” Qureshi said, adding that other parties have been apprising the government of their interest in the creation of the province.

“They also understand that the region has been deprived [of its fair share of resources],” Qureshi said while adding that the prime minister has called a parliamentary meeting on Thursday to apprise all members of the parliament about the decision to table the bill.

Answering a question regarding why the province was never created in the past 13 years, Qureshi said: “The hindrance that all parties, including PTI, have had lies in the fact that none of us have had clear majority in the parliament. Only PML-N have had it at one point — but they didn’t.”

“Today we also do not have a clear majority in the parliament, but the PPP has repeatedly said that they want to turn the South Punjab province a reality.

Former prime minister Benazir Bhutto had a clear stance on the matter and Bilawal has also spoken in favour of creating the province. Thus I expect that when PTI moves this bill, PPP — keeping their past [stance] in view — will endorse it.

“Similarly, Shahbaz Sharif has said in the past that South Punjab should be given its rights and I hope that PML-N members in the parliament and the province will try and get party leadership to endorse the legislation.”

During the press conference, Qureshi said that some steps are being taken to create ease in the lives of the people of South Punjab.

“Keeping in view the concept of devolution of power — and for the ease of people from the province — the decision to create a secretariat in the region has been taken,” Qureshi said.

He said that Rs 3.5 billion will be required to create the secretariat of South Punjab province and 1,350 people will need to be appointed to fill the new positions created there.

He added that as the creation of the infrastructure for a proper secretariat will also take some time, an additional chief secretary and additional inspector general of police will be appointed for South Punjab.

“Out of the two, one will station himself in Bahawalpur, while the other will establish their headquarters in Multan,” he said.

“The Punjab chief minister said in the meeting that in the upcoming budget — keeping the ratio of provincial population in mind — 35 per cent of resources will be allocated to South Punjab,” Qureshi said while further adding that this share will then not be re-appropriated or channelled to other areas.

“This has been happening in every previous year, funds are allocated for South Punjab and then channelled to other areas as the year progressed — we have decided to not do that this year,” the minister said.

Answering a question about the facilities the South Punjab province will be given once created, Qureshi said: “The new province will enjoy all the powers and benefits that other provinces have. This includes their share in the NFC award as well as representation in the senate and in the federal government.”

Qureshi then went on to congratulate PTI ministers and “people who had joined the party solely for the creation of South Punjab province” over the development.