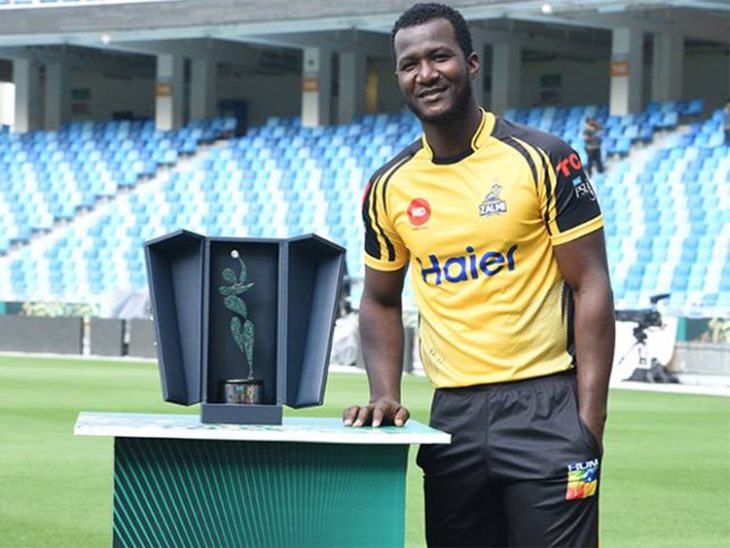 Besides the citizenship card, Sammy will also be conferred with highest civilian award of Pakistan “Nishan-e-Pakistan.”

Sammy is in Pakistan participating in the PSL 5 playing as captain of the Peshawar Zalmi.

On the inaugural day of the PSL 2020, the team’s owner Javed Afridi on social media informed that the franchise had put in a formal request to the president of Pakistan to grant the Zalmi skipper honorary citizenship of Pakistan and requested the PCB Chairman Ehsan Mani too to take the request personally to President Alvi so that the application was approved.

PCB media department in a tweet on Saturday announced the citizenship and highest civilian award will be conferred on Darren Sammy for his “invaluable contribution to cricket in Pakistan.”

“President of Pakistan Dr @ArifAlvi will confer the highest civilian award and honorary citizenship to Darren Sammy on 23 March for his invaluable contribution to cricket in Pakistan and joining Pakistan Super League .

In his request Zalmi owner Javed Afridi maintained Peshawar Zalmi captain, Darren Sammy, has been a true friend of Pakistan.

He has played a huge role in bringing cricket back to Pakistan and he was among the first few foreigners who were willing to come to the country for the cause, he further said.

The two times T20 World Cup winner, Darren Sammy is representing Peshawar Zalmi for the 4th year in a row. He  also won the PSL with Peshawar Zalmi in 2017.