As part of its public diplomacy activities and to further popularise Pakistani mangoes in Turkey, the Embassy of Pakistan organised “ Pakistani Mangoes & Biryani Festival ” in Ankara on Friday afternoon There could be no better way to celebrate the friendship between the two countries than with the king of fruits.

According to a statement issued by the embassy on the occasion: “A large number of guests attended the event and had a first-hand experience of the taste, juiciness and aroma of the famous Pakistani mangoes as well as biryani made from the famous Pakistani basmati rice.”

Selected Pakistani music lent further festivity to the occasion. As part of the event, a photographic display of Pakistan’s natural beauty was also included.

Welcoming the guests, Pakistan Ambassador to Turkey M Syrus Sajjad Qazi said that Pakistan is the 5th largest producer and the 6th largest exporter of mangoes.

“We Pakistanis call mango the ‘king of fruits’ and it is among the sweetest fruits on the face of the earth,” the Ambassador said while addressing Pakistani Mangoes & Biryani Festival, Ankara.

“Chaunsa is the most popular variety. And we are serving the White Chaunsa today,” the Ambassador said.

He hoped that such events will soon allow the availability of Pakistani mangoes to lovers of the fruit in Turkey.

Ambassador Qazi also spoke of the brotherly relations between Pakistan and Turkey. He remarked that “there could be no better way to celebrate the friendship between the two countries than with the king of fruits — the Pakistani mango.”

A lucky draw also formed part of the festivities in which five guests won a box of mangoes each. 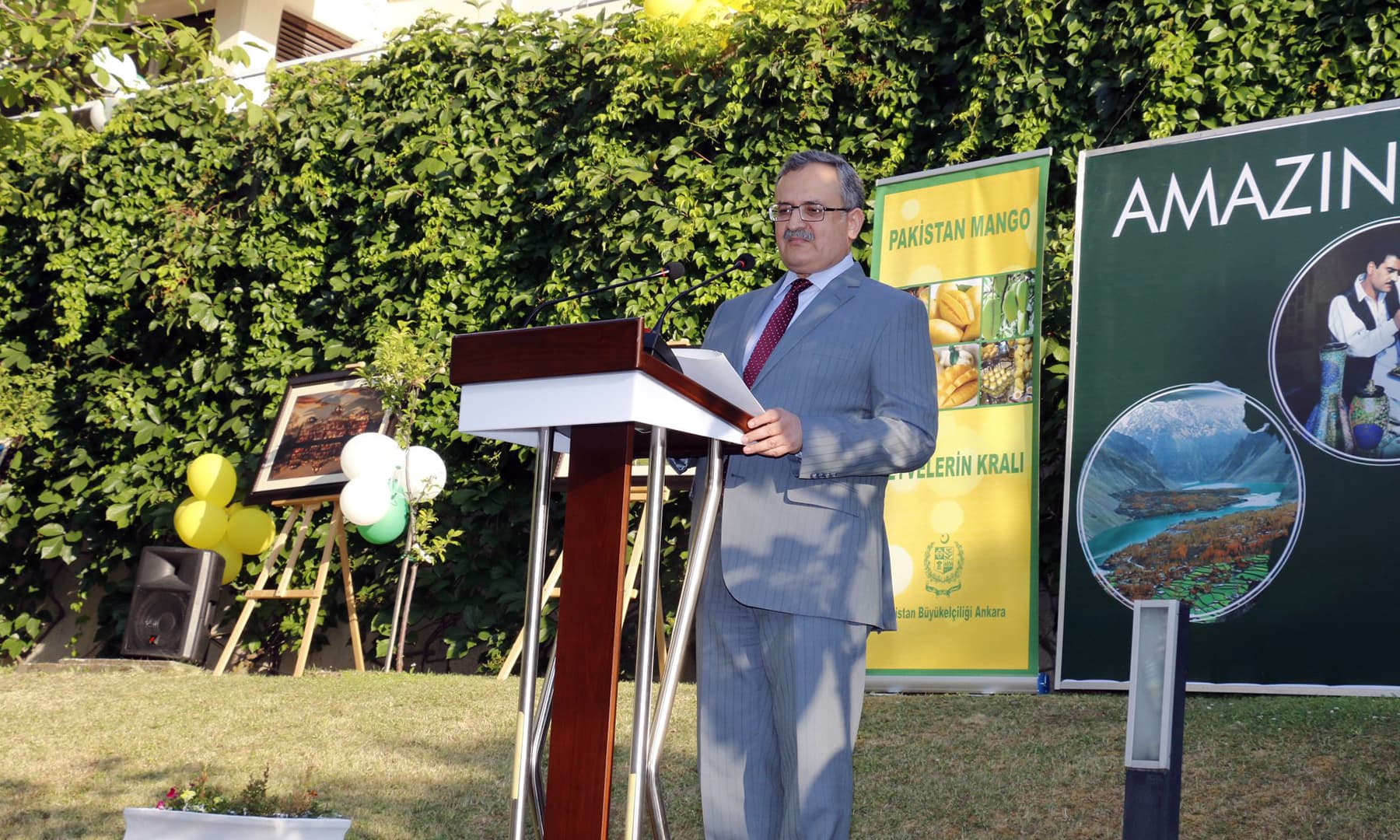 All photos provided by the Embassy of Pakistan in Ankara, Turkey and are published by DAWN Pakistan