(CNN) The repercussions are globally felt — by the billions living in the neighboring subcontinental countries and by those who have moved away, onto pastures new. Today the match of India-Pakistan in Cricket world cup is the biggest game of world sport.

Pakistan’s Shoaib Malik bowls to Indian batsman Ambati Rayudu at the Dubai International Cricket Stadium in the 2018 Asia Cup. The ball squirts away off a leading edge. Rayudu and Rohit Sharma — standing in as captain for Virat Kohli — cross for a single.
But, as Rayudu trots through for a run, securing his side the win with 63 balls still remaining, this one means more. It always does when India and Pakistan take to the field.
In the words of Steve Elworthy, the managing director of this summer’s Cricket World Cup: “It is probably one of the biggest games of sport in the world.
“There are very few others that will have the impact that this has in terms of the audience and viewership.” 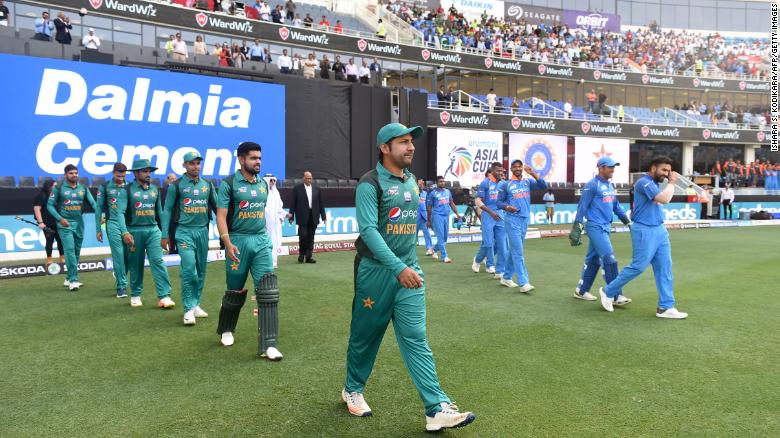 There are few sporting contests that mean so much to so many.

Recent Tension and Unitary Role of India-Pakistan in Cricket

It is, in many senses, the rivalry to end sporting rivalries; if the Ashes — England’s historic contest with Australia — is the zenith of cricketing traditionalism, then this is something else. Something bigger and something greater, founded on something other than simply runs and wickets — a sporting feud based on the countries’ wider relationship.
In February, an increase in violence between the two nations led to fears around their flagship World Cup showdown at Old Trafford, Manchester, on Sunday June 16.
At the time, the Board of Control For Cricket in India (BCCI), issued a statement in which it urged “the cricketing community to sever ties with countries from which terrorism emanates.”
Following that statement, CNN had reached out to the Pakistan Cricket Board (PCB) for comment but received no response.
Much of the tension in recent times has been linked to the conflict in Kashmir. A largely mountainous region located between India and Pakistan, it has had a tumultuous history.
The region has been bitterly contested by both India and Pakistan following the partition of the two countries in 1947, leading to three wars and numerous other skirmishes.
And while cricket — within a wider context — might seem a comparatively trivial matter, it has become a unifying vehicle; a tangible context within which to play out a fierce tension. 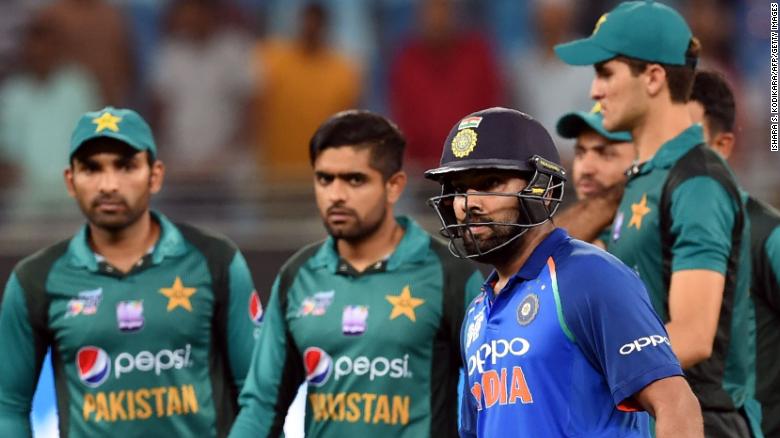 Rohit Sharma, who captained India in Virat Kohli’s absence against Pakistan at the 2018 Asia Cup, leaves the field after masterminding his team’s victory.

“The relationship of India-Pakistan in Cricket  is so critical,” says David Richardson, the outgoing chief executive of the International Cricket Council (ICC). “It is one of the iconic clashes.”
However, the pair have not met in Test cricket since 2008. The BCCI has refused to take part., while there has been just one bilateral ODI series since then — taking between December 2012 and January 2013.
One of the quirks of international cricket is that series between two nations are — in the main — the responsibility of the two national boards, meaning that the ICC does not have the power to force countries to face each other outside of ICC-run competitions.
Of course, in global tournaments such as this summer’s World Cup, the ICC does hold such jurisdiction and, as a result, the encounter on June 16 has been anticipated like few others.

India has won four of the sides’ last five ODI meetings, though Pakistan emerged victorious last time the pair met in the UK — a shock triumph in 2017’s ICC Champions Trophy. Few believed a side then in disarray would get beyond the group stage. That, in a nutshell, is the unpredictability of Pakistani cricket.

“The fact that India and Pakistan can play each other in ICC events is a tremendous tool to make sure that things don’t get out of hand and that relationships are kept on an even keel,” Richardson stresses.
“When you see a match played as we will at Old Trafford, you see the fans sitting together — touch wood — without any friction and enjoying the game.”
Perhaps fittingly, both Richardson and Elworthy are talking at the launch of the World Cup’s partnership with UNICEF, with the focus on bringing people — children, chiefly — together.
And if Elworthy’s claim that this clash is the biggest in world sport seems outlandish, then an unparalleled demand for tickets suggests otherwise. Old Trafford, which has a capacity of 26,000, has had over 400,000 applications from those desperate to witness this titanic clash. 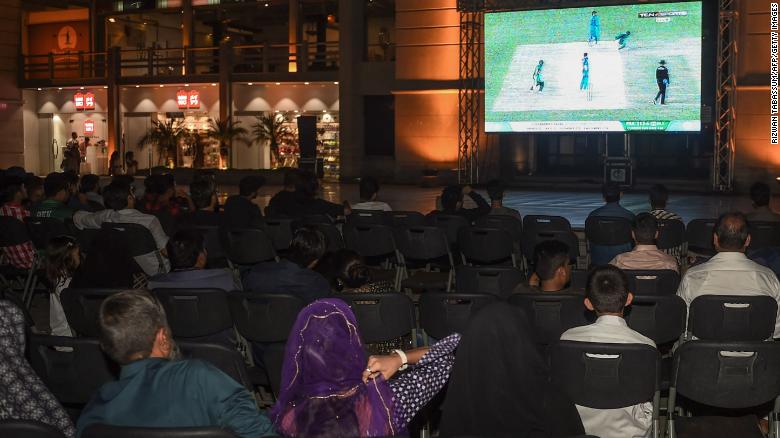 Cricket fans in Karachi come together in a local venue to watch the Asia Cup encounter with India. 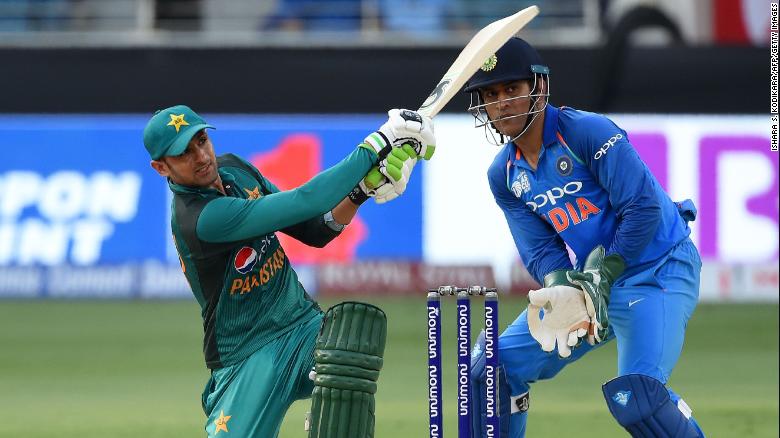 For Cricket World Cup managing director Steve Elworthy, India’s game against Pakistan does not represent a security risk, but rather the perfect opportunity to show sport’s capacity to bring unity.

Manchester will be a festival of activation and fan-zones, activities and a carnival atmosphere. Security, he says, is fluid, but intelligence-led. Rather than an occasion to stage on the down low, it is one to be used to emphasize the potential of rival factions peacefully coexisting.
“If I have a look at everything outside of the cricket, if you look at the wrap-around of all the events and everything that it is happening in and around Manchester in the days before the game and on the day, it is just absolutely testament to how big this actual game is,” he says.
“When you talk about the game itself, there are no issues in terms of the fans. We are running all of these events as a way of making sure that all the fans do absolutely integrate with what the World Cup is.
“You will see fans sitting next to each other cheering their team on. That is one of the most powerful things you can see from a sport: actually making a proper statement that this is about the sport and about setting our differences aside; that we come to a game, we enjoy it, we support our teams. That for me is the most powerful message this World Cup can send.”
Keywords: India-Pakistan in Cricket
Published on CNN
Number of Reads: 1,099